Share a memory
Obituary & Services
Tribute Wall
Read more about the life story of Herbert and share your memory.

Herbert Sim Picou entered paradise on August 28, 2022, at 91 years of age and still living at home. He was born on October 5, 1930, in Maurepas, Louisiana to Joseph Sim and Octavia Bertholot Picou. Herbert attended and graduated from Louisiana School for the Deaf in 1949 where he was a top ranked athlete. He excelled in sports and was a star on the football field and basketball court. He also played baseball, was on the track and swimming teams, and loved to bowl, which continued into adulthood. Herbert was very proud of his Louisiana upbringing and Cajun roots. He loved LSU sports and of course, the Dallas Cowboys.

In 1951, Herbert met and fell in love with the beautiful Joan Henry of Sherman, Texas. It was love at first sight for these two. He was playing basketball for his Baton Rouge team in the Southwest Athletic Association of the Deaf Tournament at the State Fair of Texas in Dallas. Joan was there as a spectator. They met and were inseparable for the two-day tournament. They parted ways when each had to return to their homes. Herbert wrote Joan a letter proposing marriage and she accepted. One month later, without her parent’s knowledge Joan returned to Dallas and Herbert returned by train from Louisiana. They met at the train station and walked hand-in-hand across the street to the Old Red Courthouse in downtown Dallas to obtain their marriage license. The county clerk discovered Herbert was a minor and needed his parents’ consent. Young Herbert, intent on making Joan his wife, talked the clerk out of the consent requirement arguing that he was from Louisiana and was of age according to Louisiana law. The clerk, charmed by his persistence and their love, issued the marriage license. They walked across the hall to the Justice of Peace office and married. For 62 wonderful years they lived their love story and were inseparable, complementing each other, working alongside, and supporting each other and raising three wonderful children, until Joan’s passing in 2013.

Herbert was an admired leader who formed strong friendships throughout his many years of service to his community, his career with the US Postal Service, and through his tireless advocacy for the Deaf Community of Texas and across the country. Herbert was loved by his superiors and colleagues. An article was published about his retirement where he was lauded for his work ethic and attitude. Being deaf did not stop Herbert from making his mark in this world.

Herbert was involved with numerous service and non-profit organizations. He was a two-term President of DAL-TAR Lions Club and served as Co-Chairman of the Hearing Conservation Committee; served on the Board of Directors for Jean Massieu Academy Charter School; served on the Collin County College Interpreter Preparation Program Deaf Advisory Committee; was a member of Texas Association of the Deaf and National Association of the Deaf; was a member of the Corsicana Jaycees. Herbert testified before the Texas State Legislature advocating for Deaf Rights. He led protests at local television stations demanding closed captioning and equal rights for the deaf. He was honored with numerous awards for his dedication to the Deaf Community, a lifelong commitment of his. Nothing meant more to Herbert that his involvement with the Dallas Association of the Deaf (DAD), in which he was involved with for nearly 50 years. He served five terms as President and chaired the DAD Board. Herbert could be found at the DAD club every weekend and involved himself deeply in their mission and events. The members of DAD meant as much to him as his own family. Herbert valued acceptance of others and had an unfailing love and loyalty to family and friends. The mark Herbert made throughout the years on the lives of others and on behalf of the Deaf Community and underserved people is inspiring and legendary. By standing strong in his beliefs, Herbert paved the way for those following him to also make a stand for what is good and what is right, and without fear to do so.

Herbert is preceded in death by his wife, Joan, parents, and brothers, Dawson Picou, Ervin Picou, Harold Picou, and Ronald Picou. Herbert is survived by his children; a son, James Henry Picou of Dallas; a daughter, Linda Catherine King and her husband, George of Cross Roads; and a daughter, Lizabeth Ann Picou-Sansom and her husband Rolando of Denton; sister, Betty Vampran of Maurepas, LA; brother, Keith Picou of Springfield, LA; 8 grandchildren; 16 great-grandchildren; 25 great-great grandchildren, and numerous nieces and nephews. Herbert was adored by his children and grandchildren.

In lieu of flowers, the Picou family has requested you make contributions to Dallas Association of the Deaf, 4215 Maple Ave, Dallas 75219 (a non-profit organization) in memory of Herbert Picou. A memorial service will be held in the next few weeks.

To send flowers to the family or plant a tree in memory of Herbert Sim Picou, please visit our floral store. 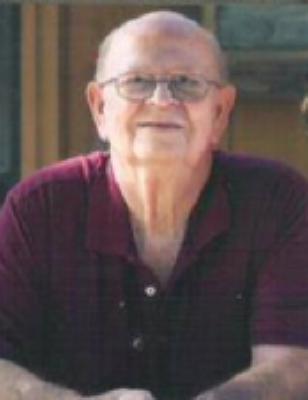 Family and friends are coming together online to create a special keepsake. Every memory left on the online obituary will be automatically included in the book.

You can still show your support by sending flowers directly to the family, or by planting a memorial tree in the memory of Herbert Sim Picou
SHARE OBITUARY
© 2023 Simple Cremation. All Rights Reserved. Funeral Home website by CFS & TA | Terms of Use | Privacy Policy | Accessibility