Share a memory
Obituary & Services
Tribute Wall
Read more about the life story of Dorothy and share your memory.

Dorothy Mae DeMore was born on January 17th, 1930, in Milwaukee, Wisconsin, to Edward Slupecki and to Josephine Knoll, and passed away on January 18th, 2023, in Fort Worth, Texas, at the age of 93 years old.

Dorothy grew up in Milwaukee, Wisconsin. She lived with her mother, Josephine Slupecki and father, Edward Slupecki. Dorothy had one other sister, Florence, along with three brothers, Jerry, Ray, and Edward (Eddie). After graduation, Mom worked for John Hancock Life Insurance Company for 8 years, in downtown Milwaukee. Mom met Dad around the time she was 18, when their home was next to Dad's sister, Jean (Hartwig). Dad came home from WW II and saw Mom over the fence, and they immediately fell in love. They bought their first home at 3321 S. 20th Street in 1952 and several years later, they started their family, with the birth of her daughter, Diane Marie, and then Robert Bruce, her son, in 1961.

Mom and Dad traveled many times to Northern Wisconsin and to Canada to fish for Walleye and Northern Pike. Dorothy and Robert also enjoyed deer hunting every year at their cabin and land in Cornucopia, Wisconsin. Dad worked at the Wisconsin Gas Company, until he retired in 1977. Mom and Dad then decided to move to Garland, Texas, where they both worked part time for Mom's brother, Ray (Raymond) Slupecki, at his magnet company, Texas Magnetics. Mom also obtained her real estate license and sold homes in her spare time, and she always enjoyed meeting new people!

Mom was a very loving mother, always had time to talk, always had wonderful advice, and helped her family whenever she could. She always thought ahead and was an amazing bookkeeper of all of her records. She would be up until 3am balancing her checkbook if she was off by one cent. She taught me how to cook amazing dinners, both Polish and Italian, and how to create wonderful desserts.

Dorothy is survived by Diane Marie DeMore (and husband Mat Tankersley), by her granddaughter, Elizabeth Ruffin, by her nieces, Susan Campbell (Slupecki), Sharon Slupecki, Sandra Slupecki, Barbara Szamocki and Debra Szamocki, by her great-niece, Keavy Campbell; and great-nephew Connor Campbell, and by many loving nieces and nephews in the Milwaukee, Wisconsin, area.

In lieu of flowers, the family asks that you consider making a donation to the Paralyzed Veterans Association, St. Jude Childrens Fund, and/or to ASPCA.

Mom's favorite quote was her phrase that she shared with Dad: She would sign all cards T.T.E.O.T. = Till The End of Time.

To send flowers to the family or plant a tree in memory of Dorothy Mae (Slupecki) DeMore, please visit our floral store. 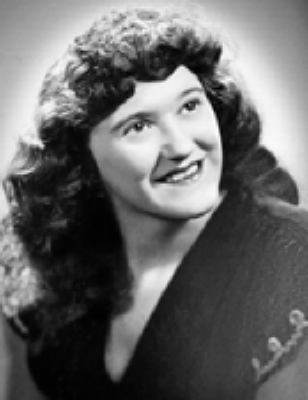 Family and friends are coming together online to create a special keepsake. Every memory left on the online obituary will be automatically included in the book.

You can still show your support by sending flowers directly to the family, or by planting a memorial tree in the memory of Dorothy Mae (Slupecki) DeMore
SHARE OBITUARY
© 2023 Simple Cremation. All Rights Reserved. Funeral Home website by CFS & TA | Terms of Use | Privacy Policy | Accessibility